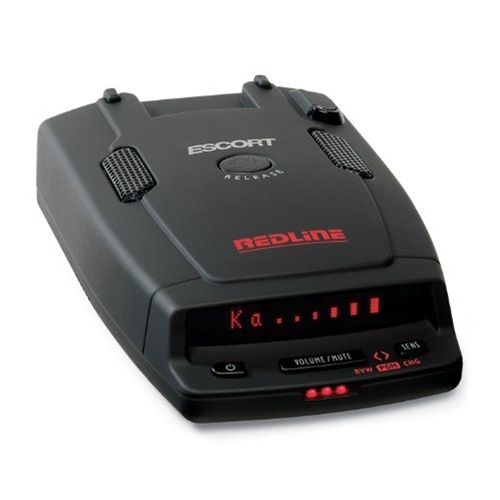 My introduction to radar detectors originated in the 90's, when I had purchased very low end detectors (at around the $100 mark or less). I was aware of the Escort line, but at the time was not convinced spending several hundred dollars more would reap benefits. Next came a job relocation to Utah, although I kept my roots and home in the San Francisco Bay Area. This meant driving the 10 1/2 hours back and forth between my work location and home every 2 weeks. It did not take long for me to get a ticket out in the open desert, even though I was using a radar detector. The only warning I had from that detector was when the Utah Highway Patrol car was coming up behind me, his red lights already on. This was just a month before Escort was going to release the Redline, in the fall of 2009. The unit I purchased was in the first group of 1000 per the serial number.

120,000 miles later I can attest the Escort Redline is hands down the best windshield mounted detector on the market due to its extreme sensitivity to distant signals. It can detect over a hill, around a corner, or line of sight 7 miles away. The longest reach I have to date is 10 1/2 miles in an open valley. My personal experience with the Redline is treeless open desert where troopers are using Instant On (I/O) against little traffic, sometimes several minutes between cars. The advantage of the Redline is these I/O shots are detected many miles away.

The Redline display can be configured to three different modes, "Bar Graph", "Expert Meter" and "Spec Mode". The bar graph is useful for visually displaying the signal strength, although you don't really want to stare at your detector when driving. "Expert Meter" shows multiple signal sources in a smaller graph. Expert Meter also enables the voice alert "multiple signals detected". Lastly, "Spec mode" displays the frequency of the source radar. This is useful when driving on an interstate, as you may have an alert that comes and goes over time - if it is the exact same frequency, then likely a trooper is in your vicinity, driving in the same direction. As with all Escort brands, Ka band is always "brought to the front" of lesser X and K band alerts, as Ka band is much more likely be a bona-fide threat.

All radar bands (U.S.) X, K and Ka bands are configurable - you can disable X, K or even Ka bands (not recommended). The Redline also sports a very exceptional laser receptor, capable of alerting you to a LIDAR hit, even from behind. TSR mode is available as well. The Redline voice-on mode (default) has a female voice alerting you to which band is being detected.

The only complaint I have of the Redine is its poor audio ramp up. Very weak signals are alerted correctly, but moderate to strong signals all alert at the same level. A trooper running radar may be 2 miles away, but listening to the Redline, you might think he's right behind you and you just got a ticket.

The Redline comes with a pair of suction cup mounts, which work quite well, and last a very long time as long as you leave them be. Removing and replacing them over and over will tend to weaken the cups. Escort offers a "Super Cup" which is extremely sturdy and holds the detector back away from the windshield, which gives you a bit more stealth and allows the unit to sit in the shade avoiding a heat issue.

After having the Redline on board with me for well over 100,000 miles, I can attest this is THE best unit to have on board. It has paid for itself many times over.

The following are a series of videos of my Redline in action.

A pair of examples of extreme range in the desert of Nevada, against Ka 33.8. In both cases the trooper is using I/O.

Example of why SPEC mode is useful. Overlapping alerts from two different LEOs.

Over a hill, round a corner, Redline rocks